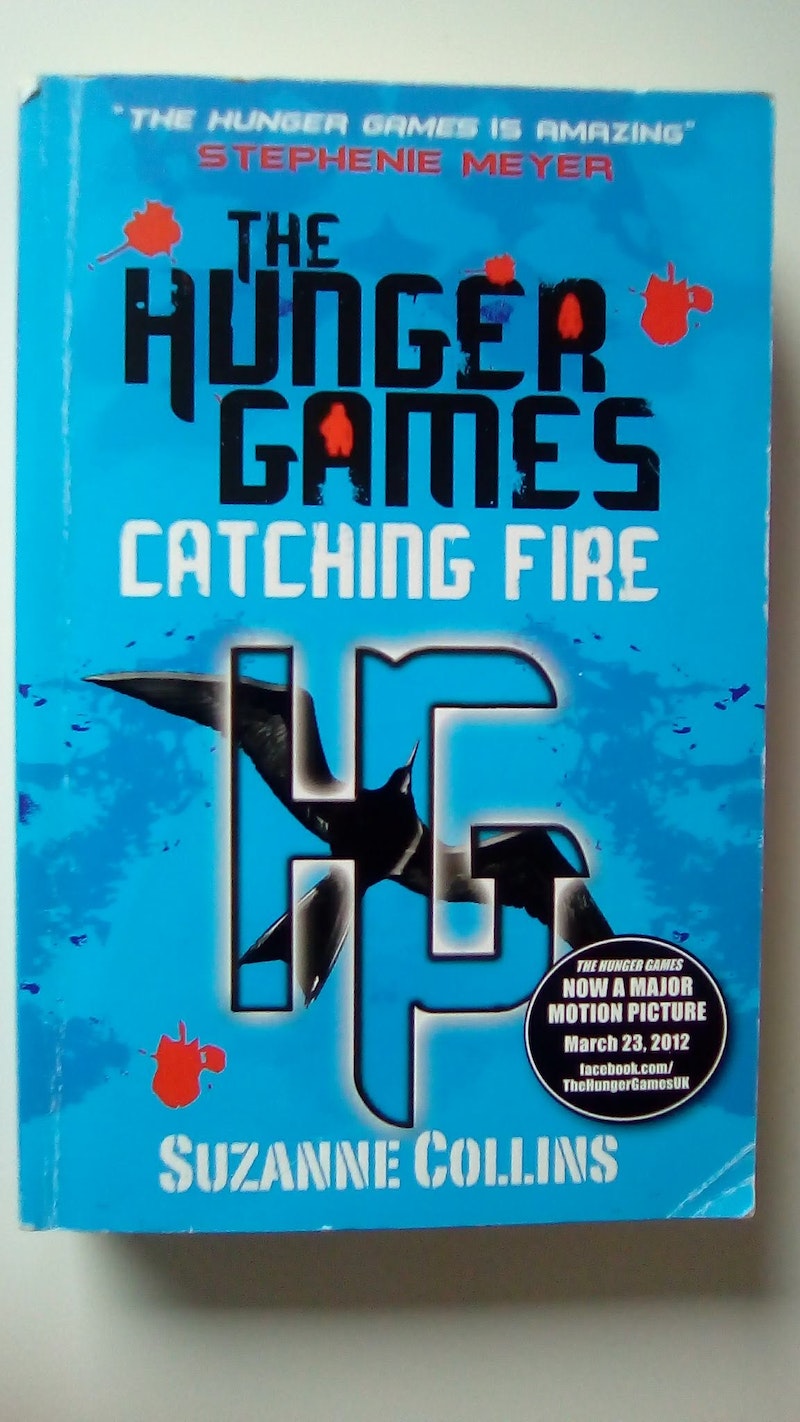 SPARKS ARE IGNITING.
FLAMES ARE SPREADING.
AND THE CAPITAL WANTS REVENGE.
Against all odds, Katniss Everdeen has survived the Hunger Games. She and fellow District 12 tribute Peeta Mellark are miraculously still alive. Katniss should be relieved, happy even. Yet nothing is the way Katniss wishes it to be. Gale holds her at an icy distance. Peeta has turned his back on her completely. And there are whispers of a rebellion against the Capitol - a rebellion that Katniss and Peeta may have helped create.
Much to her shock, Katniss has fueled an unrest that she's afraid she cannot stop. And what scares her even more is that she's not entirely convinced she should try. As time draws near for Katniss and Peeta to visit the districts on the Capitol's cruel Victory Tour, the stakes are higher than ever. If they can't prove, without a shadow of a doubt, that they are lost in their love for each other, the consequences will be horrifying. Katniss is about to be tested as never before.
:
No tax statement according to the small business regulation § 19 UStG
plus shipment
Weight:
Product currently not available